Do credit checks have a future as part of the employee background check process? As legislation increasingly restricts the use of credit history searches, employers should keep abreast of the latest legal changes in their state, city, and region.

Pending legislation in Boston could make Beantown the next place where employers are limited in what they can do with credit checks. Two city councilors, Andrea Campbell and Kim Janey, have proposed an ordinance that would effectively ban credit checks for employment purposes within the city.

Campbell and Janey describe most credit background checks as unnecessary and potentially discriminatory. If passed, their ordinance would apply to most Boston employers and would be enforced by the Boston Human Rights Commission. In most cases, the ordinance would label credit checks an “unlawful discriminatory practice.”

As in most places where bans on credit checks have gone into effect, there are some exceptions to the Boston policy. For instance, law enforcement agencies and financial institutions would still be allowed to conduct credit checks as part of their employment background checks.

Statistically, credit history checks are not a common part of the vetting process. According to a 2017 HireRight survey, only 12 percent of employers use credit checks regularly. These checks are, however, common for jobs that involve access to finances, financial information, or other sensitive data.

Councilwoman Campbell says that she has heard from residents in her district who have had trouble finding jobs due to the barriers presented by credit history checks. She argues that job seekers with student loans, medical bills, or criminal history tend to have more trouble passing a credit history check than other job seekers, making it more difficult for those individuals to find gainful employment and improve their financial situations.

She adds that COVID-19 has made the situation more dire—the pandemic has caused unemployment rates to skyrocket and led to financial hardships that have had a negative impact on credit. Councilwoman Janey believes that eliminating credit history checks could particularly help low-income neighborhoods.

Boston would not be the first city to pass such legislation. Other major cities, including New York City, Chicago, and Philadelphia, have restricted employers from conducting credit history checks. Chicago and New York City ban credit checks beyond a few exceptions. Philadelphia’s ordinance has more exceptions, including all supervisor and manager positions.

In addition to these cities, ten states (California, Colorado, Connecticut, Hawaii, Illinois, Maryland, Nevada, Oregon, Vermont and Washington) and Washington, D.C. have laws on the books that restrict the use of credit checks in an employment setting.

Bills in Congress would ban credit checks on a national level, but they have not moved through the legislative process.

At backgroundchecks.com, we can help employers understand where their legislative obligations lie regarding background checks. We have an extensive Learning Center that includes resources on everything from the FCRA to state-to-state policies on the use of arrest records in hiring. Our blog is the best place to check for recent developments in background screenings.

About Michael Klazema The author

Michael Klazema is the lead author and editor for Dallas-based backgroundchecks.com with a focus on human resource and employment screening developments 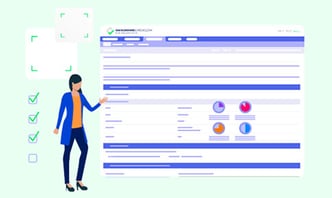 Credit Checks: What You Should Know

From an employer’s perspective, it sometimes makes sense to look at a job applicant’s credit history. The argument is th...

The use of credit reports in employment decisions has recently become a controversial issue. It has been put up for deba...

With record unemployment numbers, tens of millions of workers are now without regular access to a paycheck. As some stat...

If passed, Senate Bill 1837 would prohibit employers from asking employees and prospective employees about their credit ...

Responsible Credit Checks Are an Invaluable Resource for Hiring

As an employer, how can you reasonably gauge how likely it is that someone will commit fraud against your business? Comp...

Credit Checks What You Should Know

From an employer’s perspective, it sometimes makes sense to look at a job applicant’s credit history. The argument is th...

By all indications, employee theft and embezzlement is thriving in today’s business economy. In order to protect themsel...

A new piece of legislation was introduced by Congressman Steve Cohen from Tennessee that would stop employers from basin...

Which Background Checks Are Needed for Tutors?